Three Dates for Jolly the Postman and a Long Awaited Send off! 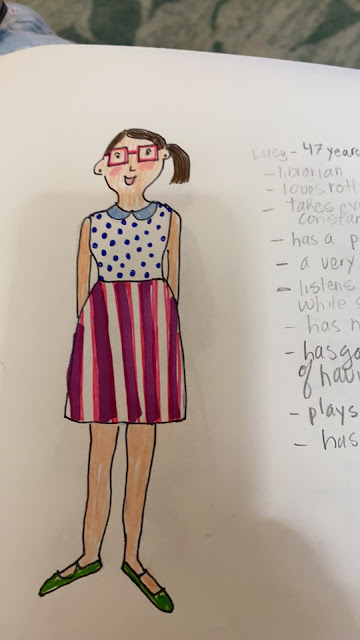 Finally, Jolly the Postman is on his way to Lisa's house!  I'll show you the packaging he's traveling in, but first I'd like to acquaint you with his first three wife candidates.  This is Lucy (above) and they had a lot of fun on their date, but Jolly said Lucy is hyper and wore him out just a bit.  She's 47 years old and works as a librarian.  She loves rotisserie chicken.  She has a pet ferret.  She listens to piano music when she prays (and Jolly liked the idea of Lucy praying for him).  She plays the oboe.  She told Jolly that she has gotten over the embarrassment she feels about her uneven ears.  He didn't even notice.  She has never been fishing and she has seven serious pen pals.  She's kept in touch with them for years.  Jolly thinks she's cute and he enjoyed the meal they shared.  They went to the food court at the mall because Jolly wanted her to have exactly what she wanted.  She wanted rotisserie chicken 😂 but she settled for Japanese food.  Jolly had a salad because his clothes are getting tight from all the nervous snacking he's been doing when he thinks about his Wife Tour.
His next date was with Nola.  She is 46 years old and she drives a milk truck.  She works from 2 am until 10 am, but she's rarely sleepy.  She goes to church at the Salvation Army and she is very involved there, helping with various programs.  She loves to help people.  She passes out popsicles at the skate park on her days off.  She's afraid of flying.  She knits covers for hot water bottles and sells them on Etsy (I want one!) She sleeps on a waterbed.  Her cat (ginger colored) is named Yoyo and she LOVES him very much.  She did not order dessert after dinner because she confessed that she eats an entire sack of Goldfish crackers every afternoon and she made a bargain with herself that she would not eat any additional carbs as long as she holds onto her fish habit.  Her good friends call her Pixie.  Jolly got her phone number because he can't quit thinking about her and he LOVED her polka dot blouse. (I guess he didn't notice Lucy's polka dot blouse!) 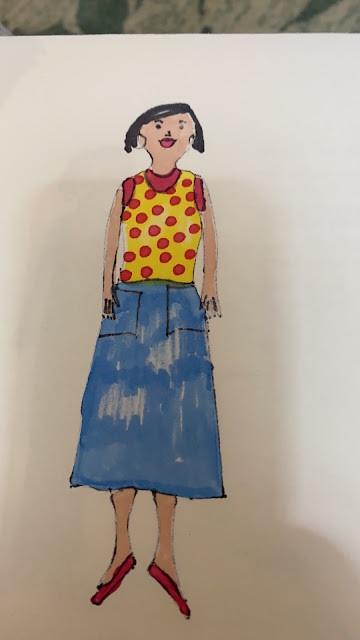 His last date was with Ruthie.  Do you like her pink skirt?  Ruthie is artsy, but she toned down her outfit for fear of coming across too eccentric.  She sings in the choir at her church and she invited Jolly to visit her church, but he already has a church, so he politely declined.  She also plays an instrument, the banjo.  She has a big appetite.  She ordered a giant hamburger and fries and then when dessert was offered, she accepted for both of them (gulp!) and so Jolly ordered a slice of carrot cake (she had fried ice cream).  She bakes A LOT and eats many cookies.  She is extremely cheerful.  She dog sits on the weekends and that information gave Jolly the shivers because he's afraid of dogs (lots of mailmen are).  She is VERY interested in stone circles and Jolly doesn't know anything about ancient stone circles, so he felt a little bad about that.  She wants to own her own home but she's careless with money. 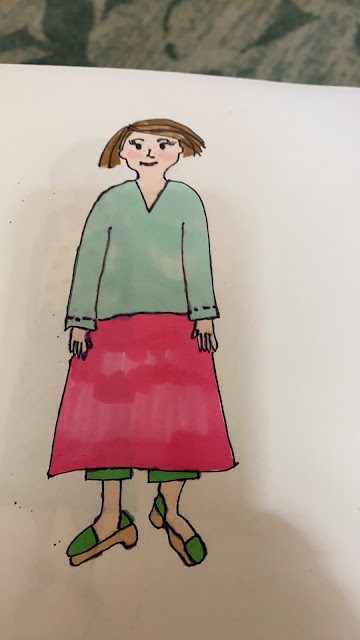 So, the girls are tucked in an envelope with their details (on 3 x 5 cards) and by the end of these shenanigans, there will be MANY potential wives in the envelope!  One lucky hostess will get to choose Jolly's wife! 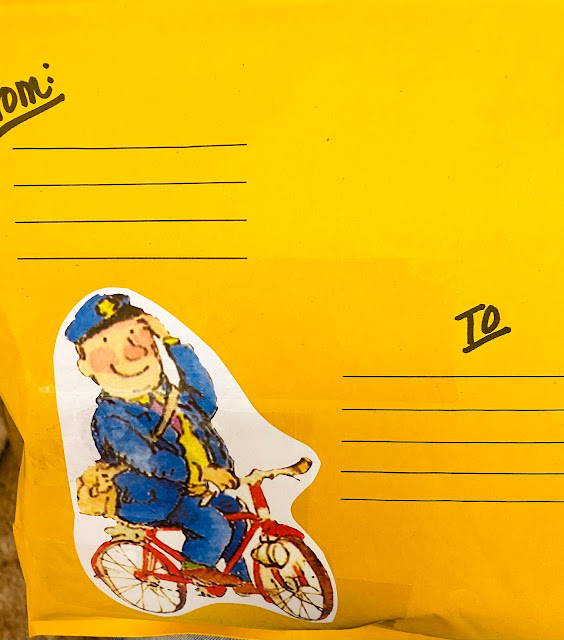 Here is his book and his passport. 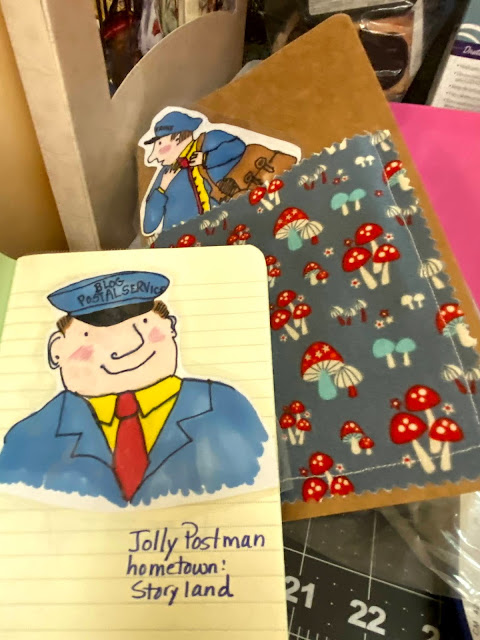 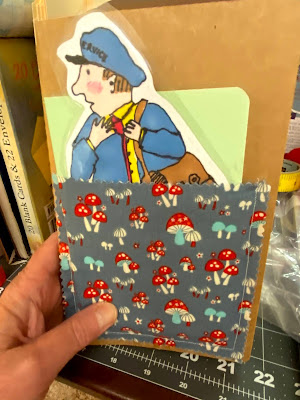 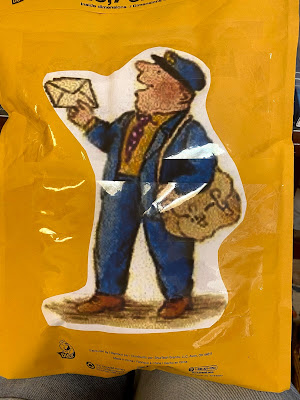 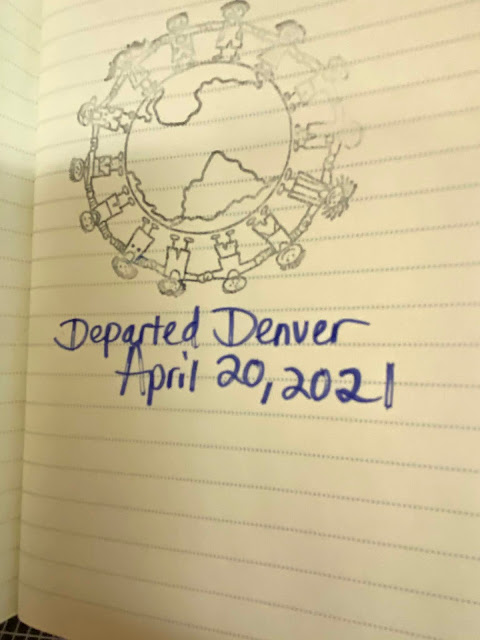 There is a gift for Lisa wrapped in tissue and another tiny gift from Sparkle who is fairy-loving lady Jolly sees when he delivers mail here.  I'm not sure why she insisted on giving Jolly an additional parcel to carry in his big red envelope. 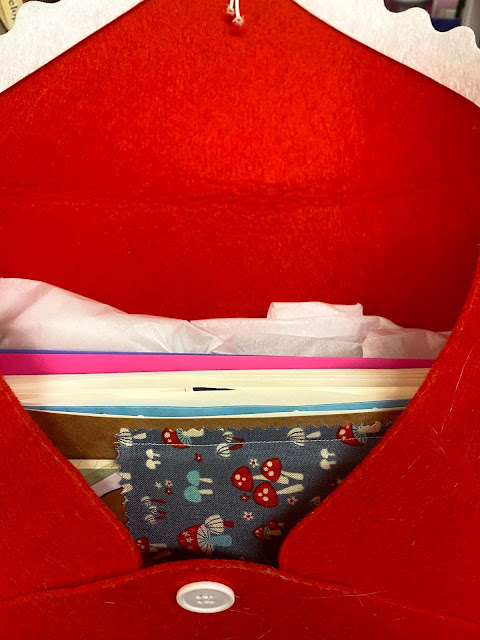 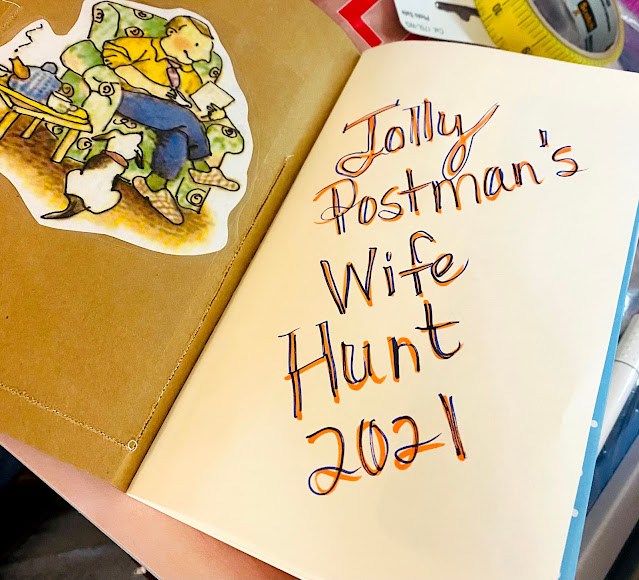 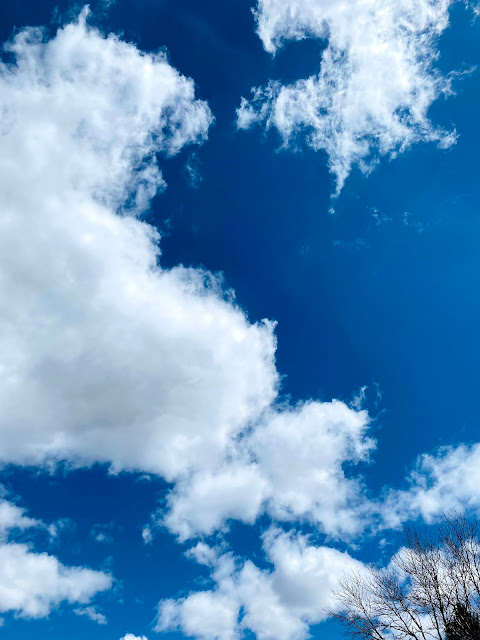 I wish the clouds looked like this today, but it's actually snowy again (in April?) I am happy to be finished preparing Jolly the Postman for his journey and I will link the blogs he visits as he travels.
Now, please tell me which of these three lovely ladies YOU would choose for Jolly? Why?
Thanks for playing along!
Posted by Pom Pom at 2:46 PM 15 comments:

Pom Pom
Welcome and thank you for visiting my humble blog. I'm a wife,mother, grandmother, daughter, sister, and friend. I am a former language arts teacher for miraculous eleven and twelve year olds. I listen and watch for God's great signatures of love. I like nice people. I'm glad that so many nice people live on planet Earth.